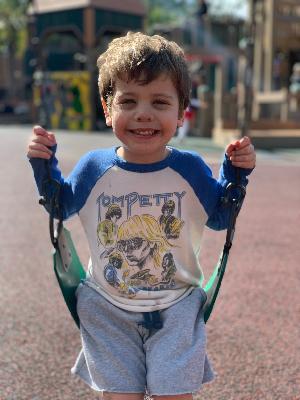 Why We are Fundraising for NewYork-Presbyterian

In September 2015, we were overjoyed to learn - through the miraculous technology of a blood test - that our second child was going to be a boy. Already the parents of a beautiful, healthy two-year-old daughter Mirabella, a boy would complete our family. Given how smooth Shaari's pregnancy with Mirabella was, we expected a similar coast to the finish with our son. Two weeks later, however, technology would share an uncomfortable reality with us: there was a complication.

At a standard 12-week sonogram, our OBGYN in Westchester saw an infinitesimle (less than .1 cm at the time) irregularity on our son's abdomen: the baby's small intestines were growing outside of his body. At that phase of his development, we were told, this was not normal. "This is not nothing," our doctor told us. "This is a thing. Get ready for a long road ahead." That road would include an array of tests, doctors visits, and would likely culminate with some type of surgery. This would be a physical - and mental - stress that we did not plan for. We were shocked, confused, and scared. The hospital in Westchester does not perform pediatric surgery, so our doctor referred us to Morgan Stanley Children's Hospital at NY Presbyterian.

For a full week between the sonogram and our visit to NY Presbyterian, a million thoughts flashed through our heads. We thought the worst. We tried to reassure ourselves of the best. We panicked. We calmed each other down. We cried. We tried to stay present. When we arrived in front of Dr. Russell Miller for the first time, it's safe to say we were a jumbled mess. After a high resolution sonogram, we were ushered to a conference room that had multiple smartly placed boxes of tissues on the table.

Dr. Miller carefully and methodically walked us through the scenarios. His hypothesis was that our son had something called either a "cord hernia" or an "omphalocele." The good news, Dr. Miller said, was that this piece of the intestines was very small and furthermore was enclosed inside the umbilical cord, hopefully protecting it from further damage. The uncertainities, however, were many. He couldn't say whether this condition would require surgery (most likely) and/or was associated with one of many genetic abnormalities that could lead to additional complications. We were not out of the woods - far from it. But now we had a plan. We trusted Dr. Miller.

Over the remainder of our pregnancy, we learned how lucky we were to be in the care of Dr. Miller and his team. These people are the best in the world at what they do. Whether it was the weekly testing we had to undergo, consultations with genetic specialists, surgeons, etc. we continued to feel like we were in the best possible hands. While there is no reassurance for the unknown (we wouldn't know until the actual birth what the next steps would be), the staff at NY Presbyterian helped us control everything we could control.

When Levi Harrison was born on February 18th at 11:22am, he was immediately rushed for further testing. Levi had surgery to repair his "small omphalocele" about a week later. He spent two weeks in the NICU before we brought him home. That is when we encountered our next 2 guardian angels. During Levi's 2 week stay in the NICU, we were blessed to be under the care of Nurse Nelia. She went above and beyond the call of duty. She not only comforted Levi but also us and we are forever indebted to her for her expertise and kindness.

Dr. Gudrun Aspelund is our real life super hero. She is the unbelievably talented surgeon who performed Levi's surgery. She was always patient with us and our questions, taking our calls and explaining what the surgery would entail repeatedly before Levi was born. And when the surgery finally happened, not only was the surgery successful, she created a belly button for our boy so that he would not live his life without one.

We started this fundraising page in honor of our Levi's 1st birthday and continued this effort for his 2nd birthday, as well.  Our amazing and healthy and happy Levi just turned 3 and we want to keep paying it forward! Levi is an absolute "joy boy." He is always smiling, talking, singing and laughing and seems to have been born knowing how lucky he is to be alive!!! We are forever indebted to Dr. Miller, Dr. Aspelund, and Nurse Nelia for the incredible care we received at NY Presbyterian Morgan Stanley's Children Hospital. In In lieu of gift's for Levi's 3rd birthday, we ask our friends and families to make a small donation in Levi's honor to the place and people who saved our boy's life.

We just want to give back as we were given so much by the team at NY Presbyterian Morgan Stanley Children's Hospital. We will never forget how truly lucky we are.

Gideon, Shaari, Mirabella, and most of all, Levi 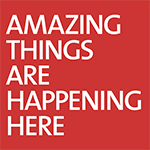 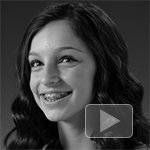 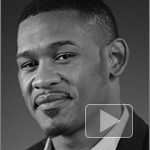